We were extremely pleased to learn at the end of last year that our Rector, Revd Don Smith, had been recognised in Her Majesty’s New Year’s Honours List.

Several members of the church family have shown an interest by asking about the background history of the nomination and so we have included in this article the details as follows:-

‘For services to the Community of Frinton-on-Sea, Essex,
particularly during Covid 19' 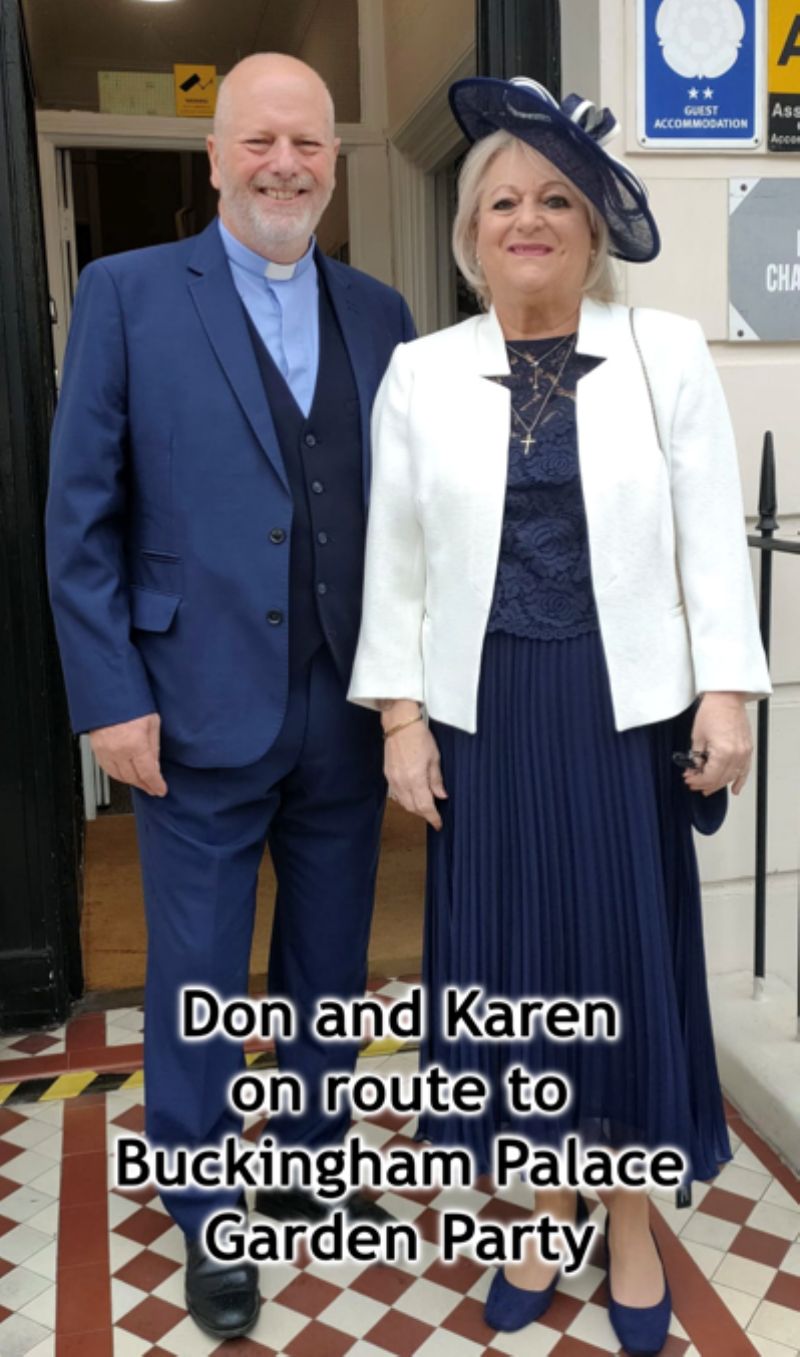 some effect on the life of their parish, but community involvement is not to be taken for granted. It is for thirty years of Community Work and Involvement in addition to his regular parochial ministry that Revd Smith has been awarded the British Empire Medal. Revd Don has taken a lead, created and developed a vast array of community projects here in Frinton and previously when he served as a vicar in The London Boroughs of Islington and West Ealing.  Listed below are some of the main projects mentioned in the nomination for Don’s award:-

We wish to congratulate and say a big 'Well Done!' to both Don and Karen for this outstanding achievement and recognition. The nomination report outlined a tremendous body of work spanning over three decades of service under God that has benefitted His people in a variety of different ways.